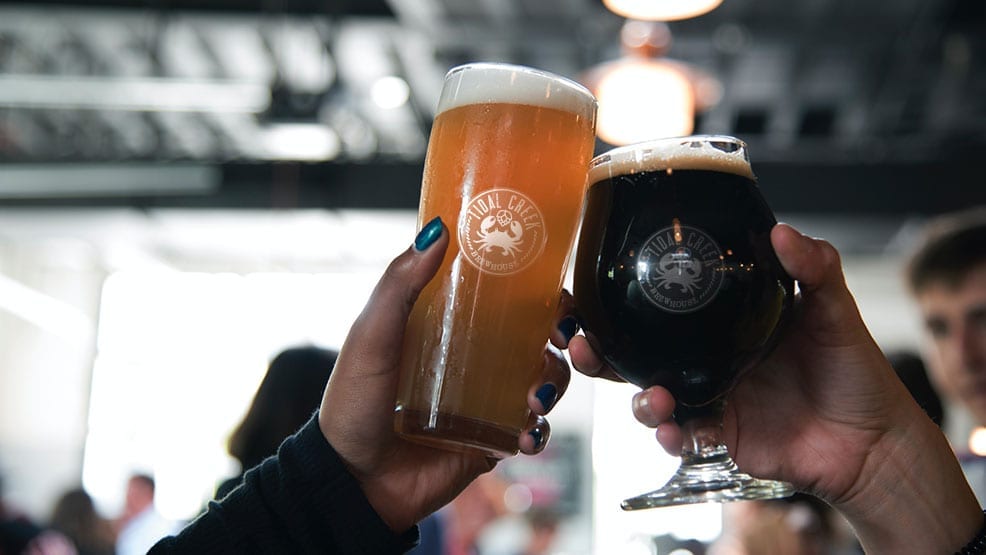 The Breweries Keep Coming Faster All the Time: Expansion, Opening and Closing Clips

The beat goes on. The breweries keep opening. But before the next slew of new breweries get going, take a moment to watch an animated map of brewery openings since the late 1970’s, created and shared by Brewers Assn economist Bart Watson. The simple month-by-month appearance of more dots across the country really captures the dizzying growth of the sector over the last few years. Yet many folks still see more space.

Among the most notable recent opening (or is it expansion?) stories is that of Rocky Mount Brewery, inside the new Rocky Mount Mills development project in the city of the same name in western North Carolina. Part of the redevelopment project is a brewery incubator, and collaborating on its namesake tenant are founder of NC’s Spaceway Brewing, Briana Brake, and founder of Harlem Brewing (now operating outside NYC as Harlem Brew South), Celeste Beatty. Beer created by the pair of black female brewery owners will start coming out of the 9,000 sq-ft space this fall. In Myrtle Beach, SC, Tidal Creek Brewhouse seeks to open a facility producing 7K-10K bbls/yr. In upstate NY, Frog Alley will open this yr inside Schenectady’s Mills Artisan District, expecting to eventually brew and sell a few thousand bbls of its own beer on site with capacity on 2 separate brewing systems (20-hl and 5-hl) to brew up to 10K bbls/yr for other breweries.

A pair of Connecticut brewers are expanding, both in Bloomfield, just outside of Hartford. Thomas Hooker Brewing is finishing work on an expansion that allows for the co to grow from about 12K bbls to 17K bbls immediately, with capacity to push that to 30K bbls. Nearby Back East Brewing’s expansion could take it from 3500 bbls/yr to up to 10K bbls after increasing its space by 50% to 13,500 sq ft. There’s also lots going on in Washington, where Logsdon Farmhouse Ales is building a new location, Future Primitive nears opening in the space vacated by Big Al’s, Whipsaw is expanding production in the original Iron Horse facility and lots more, all detailed in dizzying roundup by Washington Beer Blog. In VA, Richmond’s The Veil Brewing will open a Norfolk brewpub outpost, co announced early this week.

Speaking of new brewpubs, Unhitched Brewing will renovate a near 14K sq-ft building in Louisville, OH to open a brewery/restaurant next yr. At same time, a couple of small cities with get their first breweries, both intending to open as brewpubs as well. A local family will take over a 100-yr old building in Athens, AL, outside Hunstville, to turn it into Locomotive Brewing by next summer. A trio of entrepreneurs plan to open HighGrain Brewing in the old Silverton, OH town hall outside of Cincy.

Yet smallMercer County in western PA, on the OH border, has seen 3 brewpubs close this yr. Most recently, Stone Church Pizza House and Brew Pub shuttered after less than 3 yrs, following the closing of Brewtus Brewing after just over 3 yrs in biz and Barley House Brewing Taproom and Grill, which hadn’t made it a full yr. But as the manager of another brewpub in the area reminded, when you run a brewpub you run a restaurant: “honestly, it’s about the food,” said Cody Kelly of TimberCreek Tap and Table. At that scale, distributed beer is basically marketing, while 80% of sales are in the food, he noted. (Sources: Rocky Mount Telegram; WBTW; New York Upstate; Hartford Courant; WTKR Norfolk; Canton Repository; Decatur Daily; Sharon Herald)